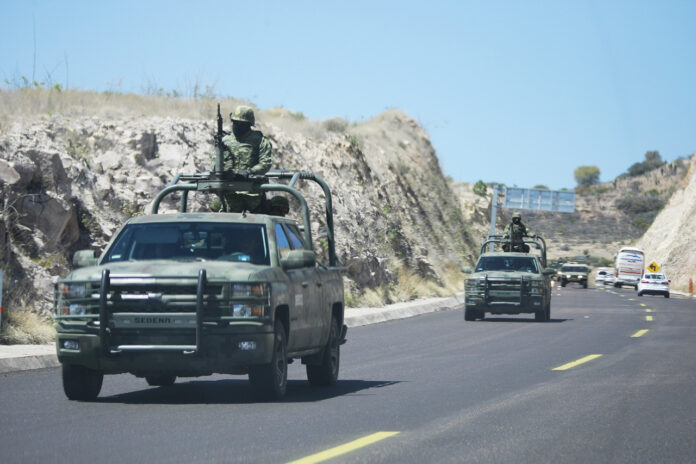 Authorities and the Canaco issued warnings and recommendations to travel on this highway, where there have been constant assaults.

Members of the National Chamber of Commerce in Durango, have been victims of robberies during the last three months on the Durango-Zacatecas highway, where, as previously reported, it is a risky stretch for those who must cross to the neighboring state.

This was reported by the president of the Canaco Mauricio Holguín, who explained that there have been two assaults on trucks from attached businesses and three vehicle robberies against members of the council and the chamber itself.

He urged the authorities to pay attention in this regard since the holiday season is approaching and there it could increase this indicator of insecurity, leaving tourists who come to Durango to spend these dates exposed, in addition to the paisonos who will be arriving for the holidays.

They launch recommendations to travel on this road

He asked the general public and the members themselves to obey instructions such as traveling during the day, not making stops in Zacatecas, and reporting any criminal act through 911.”They also report that there have been some assaults, we had already commented on some other occasions and since the call that we make is to travel in hours when there is light, that they always leave with vehicles in which there is no risk of breakdown, to avoid stopping, and avoid traveling at night at all costs. “

“Also the transit of goods, and the ideal is that they leave during the day. There have been three specific assaults, in which the vehicle is stripped from the families in the special and two thefts of products from trucks. We know that it was minimal in the robberies because perhaps the product did not interest them, but then if the scare and some drivers beaten in this stretch of highway, “he said.

For his part, the governor of Zacatecas, David Monreal responded to the allegations made by the governors of Aguascalientes and Durango, regarding the situation of insecurity that exists in Zacatecas, after last week José Rosas Aispuro, recommend to the population not to travel at night on this road, among others, in order to avoid putting the integrity of the population in general at risk.

He said they took his statements out of context and that he and his other counterparts are willing to work to improve the perception of safety.

He warned that this interstate meeting between these three involved states is about to be held, without confirming the date of it.

He recalled that Durango is experiencing a time of peace and that, fortunately, high-impact crimes continue to decline, being an entity that has not registered kidnappings in the last year.