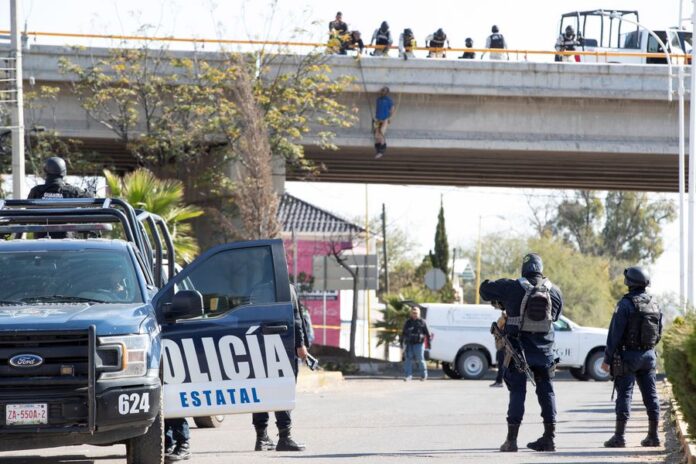 MEXICO CITY (November 19, 2021) – The bodies of 10 people were found in the central Mexican state of Zacatecas on Thursday, nine of them hanging from a bridge, in apparent gang-related killings, according to local officials.

The tenth body was found on a nearby highway, according to an official from the state ministry of public security who declined to be named. The corpses were found in the area of Cuauhtemoc municipality, the state government said in a statement.

The killings were likely linked to a dispute between criminal gangs that operate in the area, the official said. An “intense investigation” was ongoing, the local government said.

Gang-related violence in some parts of Mexico has intensified recently, including in the popular tourist zones of Quintana Roo state.

President Andres Manuel Lopez Obrador said on Wednesday that National Guard troops will permanently deploy to Cancun https://www.reuters.com/world/americas/mexican-national-guard-be-stationed-tourist-resort-cancun-amid-violence-2021-11-17 and the surrounding area following an uptick in violent incidents, including the deaths of two tourists in the resort of Tulum who were caught in gang crossfire.

As of September, 21,495 people had died from gang-related violence this year, an average of almost 2,400 per month, according to the government.