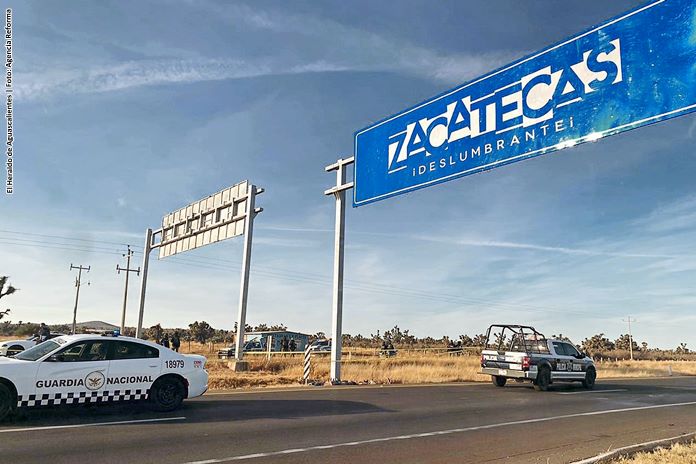 Durango, Dgo. The insecurity that is being experienced in the state of Zacatecas has caused José Rosas Aispuro Torres, governor of Durango, to recommend that the population not travel or use federal highway 45 at night.

The president indicated that he will soon hold a meeting with his Zacatecan counterpart David Monreal Ávila, in order to discuss the issue of surveillance on that road to guarantee the safety of Durango merchants and travelers, who go to that state or to the center of the country.

“There has always been all the disposition of the authorities of both Zacatecas and Durango, but I think that right now, due to the situation in Zacatecas, we do have to take preventive measures, especially in the limits so that, what is happening there, it’s not going to affect us, ”he said.

While security on that route is being strengthened, the president recommended: “that they do not travel at night; Today we saw at the security table how to reinforce surveillance through the National Guard throughout that stretch from Durango to Zacatecas and aware that the problem is not in Durango, but it does affect Durango residents who travel not only to Zacatecas but to the center of the country ”.

Even Aispuro Torres commented that if you travel at night you always have greater risks, even assured that there is a lot of vigilance during the day “they no longer take away their vehicles as before.”

But he made it clear that the problem that exists in that neighboring state has to do with the criminal groups that operate there, so it is not a general problem with the community, but all the necessary measures have to be taken so that people can travel more safely.

This morning nine men were murdered, tortured, and hung from a road bridge over federal highway 45, in the Zacatecas-Aguascalientes section, at the junction with Genaro Borrego Estrada avenue, in the municipal seat of San Pedro Piedra Gorda, in Zacatecas territory.

“Right now, due to the situation in Zacatecas, we must take preventive measures, especially in the limits, so that what is happening there is not going to affect us,” said the president.

He assured that with the support of the National Guard, surveillance will be reinforced on the Durango-Zacatecas highway section.