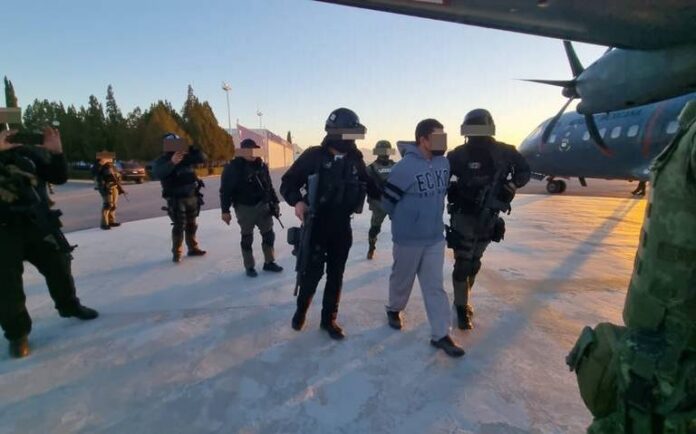 Rafael B.O., 32, known as “El Fantasma” (The Ghost), is allegedly a regional leader in Zacatecas for the Jalisco New Generation Cartel, according to news accounts. His full name was not released by authorities due to rules in Mexico regarding the naming of crime suspects.

In a raid that took place at about 4 a.m., federal and military special forces arrested him in Chihuahua City. He was then taken on a military airplane to Zacatecas, the state attorney general’s office said.

The newspaper El Universal reported that “El Fantasma” is suspected of being responsible for bodies hanging off an overpass in Zacatecas state in November and the kidnapping of two brothers from Los Angeles held for ransom in December.