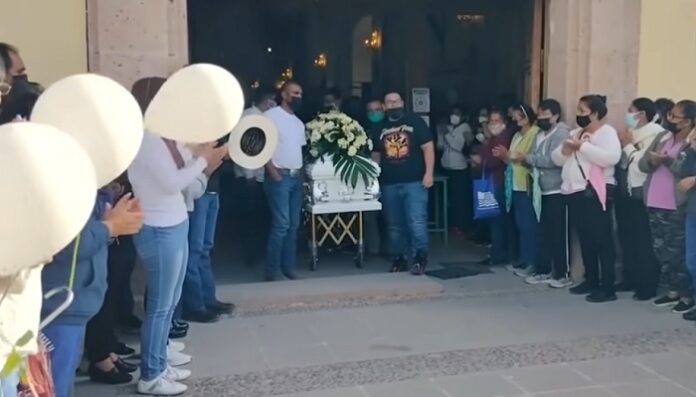 “She didn’t deserve that!”: Farewell to Valeria, a young woman murdered along with four others in Zacatecas.

Valeria Landeros Calderón was buried in the municipal pantheon; friends and family held a mass in her honor at the Parish of Santa María de las Nieves, municipality of Franciso Murguia, in the state of Zacatecas.

The applause was not enough to hide the pain of a town where Valeria Landeros Calderón was a happy college student that had nothing to do with organized crime activities.

The 24-year-old is already resting in peace in her native Nieves, as the municipality of Francisco Murguía, in Zacatecas, is known; she today she was buried in the municipal pantheon “J. Jesús Molina”.

Just a week ago, Valeria and her friends decided to go to the state capital to have fun without knowing that they would not return alive after leaving a nightclub. Laura García, who knew Valeria, lamented the brutal murder: “She didn’t deserve that!

For a week, her family and her friends searched for Valeria in the hope of finding her alive. Mariana Zamora, a friend of Valeria, commented on the anguish that she suffered this week that she did not know about the young woman: “A great impotence, a great confusion, and the hope that justice will be done.”

Ernesto Landeros, the victim’s uncle, on behalf of Valeria’s family, hopes that the murder of the five young men does not go unpunished and that in his memory the authorities prevent the blood of innocents from continuing to spill in the state of Zacatecas.