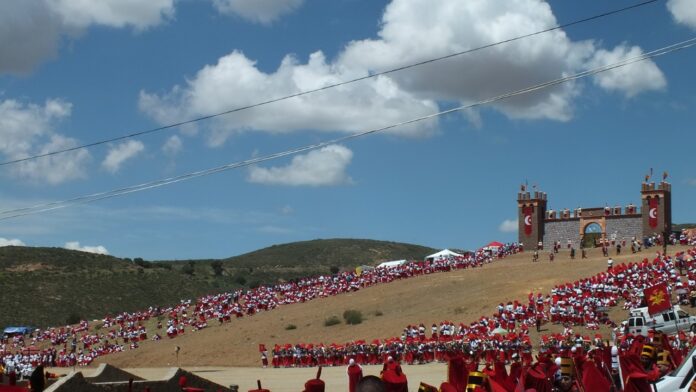 La Morisma de Bracho is the monumental festival par excellence in Zacatecas, it combines the Catholic faith, the festive impetus and an important historical base. A few minutes from the state capital, the representation of the Battle of Lepanto takes place, in which Muslims and Christians fought in the 16th century. Every year it brings together thousands of people, between participants and attendees.

Although current circumstances favor the fourth cancellation in more than 200 years, its followers and some curious ones, will be able to access it through the documentary series, Bracho. Carlos González, the project manager, set out to condense all the features of this tradition, from its conception to the testimonies of its participants at each stage.

Throughout the episodes, the public will witness the motivations that lead the participants to return each year with the appropriate clothing and the pleasure of prolonging one of the most representative traditions of Zacatecas; as well as the roar of cannons and the shouts of the crowd.

The preview episode will be available in a unique way right on the most important day of the holiday, Saturday, August 29. As reported by the Zacatecano Radio and Television System (Sizart), the transmission will be made simultaneously on their social networks, through open TV channel 24.1 and on YouTube.

Visit Zacatecas from a distance, enjoy the great festival of the Morisma de Bracho and learn more about the worldview of Catholicism in this land.