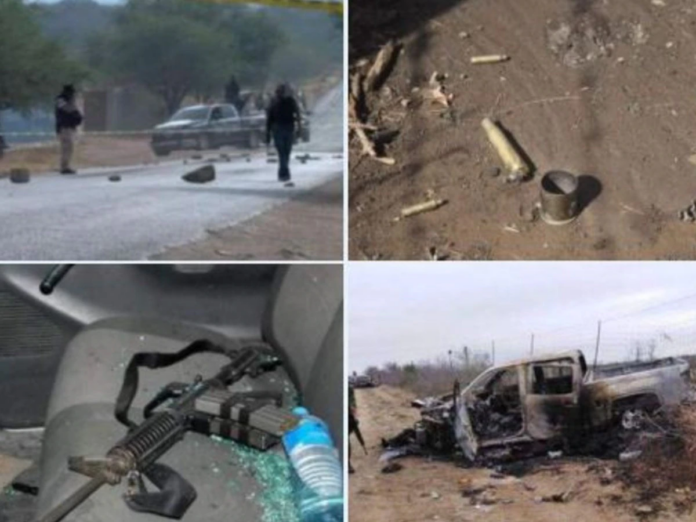 The war between cartels in municipalities of Zacatecas has killed at least 62 police officers from 2018 to date. Furthermore, multi-homicides are as frequent as single killings. An INE activist, a photojournalist and an indigenous rights defender were also victims of the violence.

Zacatecas.- The violent territorial battle between the Jalisco Nueva Generación (CJNG) and Sinaloa (CS) cartels in Zacatecas does not abate, regardless of whether the victims include innocent people or people outside the conflict, such as women and children. The blood spilled has reached, from 2018 to date, 62 municipal and state police officers, in addition to an activist and a photojournalist.

The last scene of terror was observed on Thursday, August 11 at dawn, on a vehicular bridge of State Highway 120, which runs from the Zacatecas capital to the El Orito community, where the bodies of six people were hanged, two of whom they fell when the rope used did not support the weight. During the last two months, 14 bodies have been abandoned on various bridges.

The shocks due to the shootings, false police checkpoints, rebellions and clandestine graves are registered the same in the city of Zacatecas as in Fresnillo, Pánuco, Sain Alto, Calera Río Grande or Tepetongo, in the center of the State. In the municipalities of Juan Aldama or Sombrerete, on the border with the State of Durango. Valparaíso or Nochistlán on the border with Jalisco; o Villa de Cos, Guadalupe, Ojocaliente, Trancoso or Pinos, in the vicinity of San Luis Potosí.

In 2021, Zacatecas occupies the dishonorable first place that Colima and Guanajuato had before with the highest homicide rate per 100,000 inhabitants, according to official criminal indicators. The finding of people shot to death, strangled, beheaded or cremated is common. Tied hands and feet, in the wilderness, cowering or inside vehicles, are the modes of organized crime. The largest killings have occurred during clashes between drug trafficking groups or against police officers.

Since the beginning of July, the President of Mexico, Andrés Manuel López Obrador, reported that in some states the homicide rate decreased despite the existence of drug cartels, but he recognized that this happens because there was the hegemony of some criminal group and therefore they are not fighting; However, he acknowledged that in cases where there are shootings – as in Zacatecas – there are clashes between groups, a situation that he described as an inheritance from previous administrations.