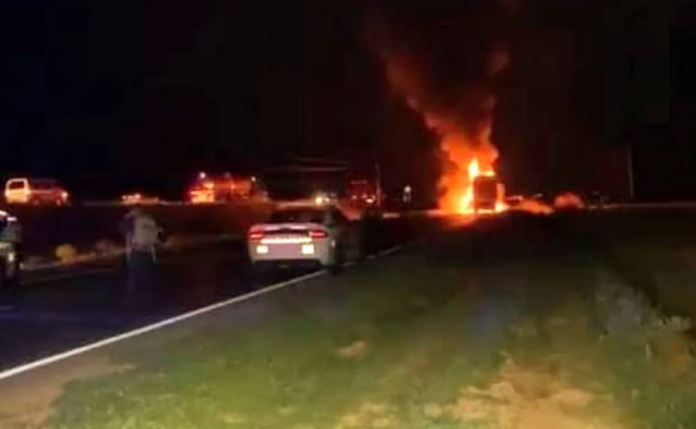 The criminal group caused a blockade with the fire of a truck and a bus on federal highway 45, in Fresnillo.

Zacatecas.- This Saturday morning, Fresnillo woke up in a panic, because criminal groups caused a blockade with the fire of a tractor-trailer and a bus on federal highway 45, at the height of the section that connects with the municipality of Henry Estrada.

According to the preliminary reports that have circulated, since no security or justice authority has provided official information about the events, the armed men closed that highway, who lowered the driver of the tractor-trailer and then sprayed the cargo truck with fuel and they set it on fire, in addition to stopping a passenger truck, which also tried to be set on fire

Of these events, no deaths or injuries from these fires are reported, however, it caused great panic among motorists who were stranded. It has even been mentioned that while the fire departments arrived, the passengers themselves used the fire extinguishers to put out the fire that reached the bus, who continued their journey on another bus from the same airline that helped them.

The place was secured by elements of the National Guard and the Mexican Army, while the other security and justice corporations arrived to collect information and evidence to start with the corresponding investigation folder.