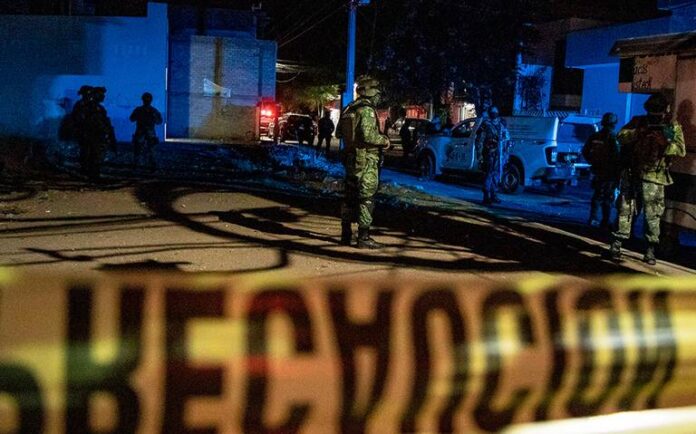 In 24 hours, five police officers were killed in the state of Zacatecas, bringing the total to 22 officers killed so far this year.

With events like this, the perception of insecurity among the population increases.

According to the results of the National Urban Public Security Survey (ENSU) carried out by INEGI, the perception of insecurity increased in the municipalities of Fresnillo and Zacatecas in the first quarter of this year.

In this way, Fresnillo is the first city at the national level with the highest percentage of social perception of public insecurity by city with 97.1 and the capital of Zacatecas was placed third with 91.7.

U.S. government employees may no longer travel to Zacatecas state, with the exception of air travel to and from Zacatecas City. https://t.co/plqzXs3r3R pic.twitter.com/637dR04MOW

On the other hand, the United States Embassy in Mexico issued on April 18 a travel alert to Zacatecas was issued for US government employees: “United States government employees can no longer travel to the state of Zacatecas, with the except for air travel to and from the city of Zacatecas”, the measure is justified by ensuring that the state has experienced violent territorial battles between cartels.

The Common Cause Civil Association placed Zacatecas at the head of the states with the most murdered policemen (22), followed by Guanajuato (12) Veracruz (10); Michoacan (9), and Sonora (8).

So far this year, at least 112 policemen have been murdered in the country, which represents the murder of one policeman every day.