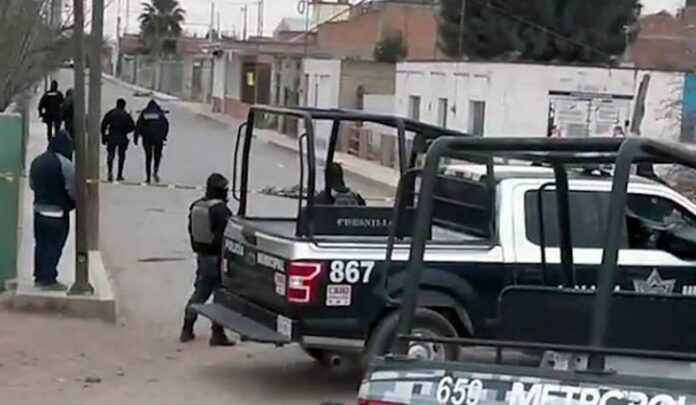 Zacatecas experienced a violent day today after a total of 16 bodies were found in two municipalities of the state: 10 in Fresnillo and six more in the municipality of Pánfilo Natera.

The first 10 bodies were found on the Main Avenue of the Pardillo III community, belonging to the municipality of Fresnillo.

The Secretary of Public Security reported that some of the bodies had drug messages and were wrapped in plastic and blankets, handcuffed.

According to the statement issued by the Public Security Office of Zacatecas, the 911 Emergency System received the anonymous report alerting to the discovery of the lifeless bodies in the vicinity of the Pardillo III community, municipality of Fresnillo.

It seems that in the state of Zacatecas the presence of police officers from the three levels of government, as well as the Investigative Police and Experts from the State Attorney General’s Office is of no help because the violence is worst than ever in that part of the country.