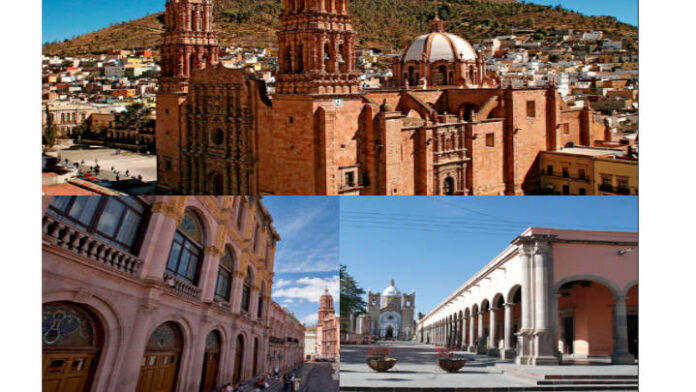 A Magical Town of Mexico that is full of charms and interesting places that nurture the historical and cultural moments of the town. Nochistlán de Mejía is a place that adorns the state of Zacatecas and that place is a meeting of beauties and historical importance.

Zacatecas shines with the town of Nochistlán de Mejía

Nochistlán de Mejía means “place of tunas” or “place of grana”; as an example of courage, strength and tenacity. This is how its history tells that the time that passed before the arrival of the Spaniards, the region was populated by the Caxcanes tribe, people of an indomitable and brave character who did not meekly accept the Spanish conquest.

The first Guadalajara was founded in 1532; in the same way, it was founded with the name of Nochistlán de Mejía, giving honor to Colonel Jesús Mejía, who defended the plaza from the entrance of the French.

The region is surrounded by hills full of nopales full of grains and tunas; The Chichimeca tribe lived there, fighting to the end against the Spanish who conquered the area in the Mixtón War in the 16th century.

The Magic Town of Nochistlán has been formed thanks to the intervention of great characters in its history such as Francisco Tenamaxtle; likewise, the pilgrimages that were formed in the adoration of the Virgin of Toyahua; likewise, the hubbub, the dances and the music of syrups and sounds; festivals that consolidated the idiosyncrasy and gentility of the men and women of the region.

The food to savor in those regions is the shredded meat mince or the valentina chicken; likewise the drink El Tejuino and to close, the dessert, a few gorditas of powder.

As a souvenir of the visit, the objects in saddlery or the fabrics with Ixtle or pine are especially decorative.

In this way, Nochistlán de Mejía was voted in as one of the Magic Towns of Mexico since 2012.

Fiesta al Güerito de San Sebastián, Los Papaquis from January 17 to 21. The celebration is given with dances, ceremonies and serenades.

Coleaderas in December and February

Virgen de Toyahua, on the 1st Saturday and Sunday of October, pilgrimage, dances and palenques.

Fiestas San Francisco de Asís on October 4 with festivities to the patron saint.

December festival from 18 to 23 of that month with Christmas carols, musical works and pastorelas.

The town is at an altitude of 1875 meters, with an average temperature of 18ºC; with intervention of the neovolcanic axis that exerts a positive influence making cooler winters and warmer summers, and that the rains are scarce.

From the city of Zacatecas, you travel 224 m, accessing through the Aguas Calientes, Villa Hidalgo or Teocaltiche, Jal road or if you follow the Jalpa road, by the road that goes to Calvillo.

The coordinates of the Municipality of Nochistlán de Mejía are located between 21º, 22º de Long. North and 102º 51 ‘of Long. West of the Greenwich meridian.