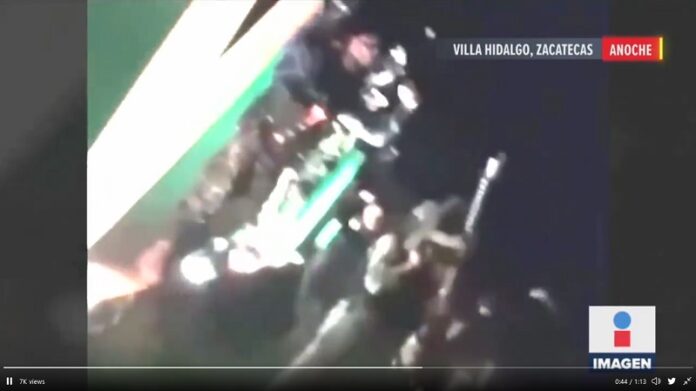 Police are coming under attack by organized crime in the latest wave of violence in the central state of Zacatecas.

The kidnappings occurred early Monday, November after an attack on the municipal police station in Loreto, a town on Zacatecas’ border with Aguascalientes. The attackers stole the police director’s vehicle and took captive the two officers who were standing guard at the station before driving to the police director’s home, where he was also taken prisoner.

State police initiated a search for the missing officials and set up road checkpoints. The search effort took them to Villa García, where they were attacked by another armed group. One officer was injured, while seven of the attackers were arrested and had their weapons seized.

The attacks prompted state police in Aguascalientes on Wednesday to conduct security checkpoints in border communities with Zacatecas.

Thursday morning, two bodies were found dumped on a federal highway near the municipality of Enrique Estrada farther north but they remain unidentified, according to the state Attorney General’s Office.

Later that same day, gangsters held a party in the town of Villa Hidalgo, apparently celebrating the closure of the police station after it was attacked last weekend.

The municipal police force had slowly resigned in the face of mounting threats and fears of reprisals. The police station closed on Wednesday due to a lack of personnel.

There were reports of state police patrolling in the municipality but none appeared during Thursday’s night festivities.

Before the events of this week, the police of Loreto, Villa García, and Villa Hildalgo had all received threats from criminal groups.